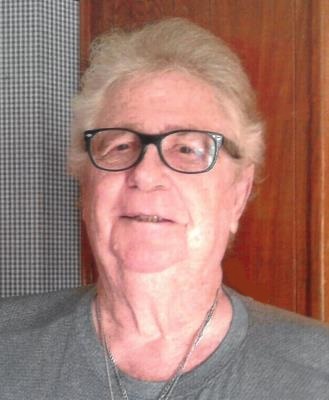 Wayne “Buck” Hoskins Bowers of Van Alstyne, Texas, passed away on March 25, 2019, at the age of 83.  He was born on October 20, 1935, to William and Opal (Hoskins) Bowers in Anna, Texas.  Buck was a 1956 graduate of McKinney Lions High School where he played all sports. He was the quarterback on the football team and was an all-around athlete.  After high school, he went on to play semi-pro baseball and basketball.  Wayne proudly served his country in the United States Army.  On his journey, he was a prison guard at Fort Leavenworth in Kansas.  While serving his country in Kansas, he met the love of his life, Iva.  On September 7, 1957, Wayne married Iva Matthews in Galveston, Texas.  Soon after, they moved to Texas and he started working for the United States Postal Service.  After 38 years, he retired to enjoy his life with his loving wife and family.  Buck enjoyed hunting, fishing, and watching all sports.  His passion was watching his grandkids play sports.  He was very excited to go watch the undefeated 8th grade Van Alstyne Panthers and Trey-Bo move on to play high school ball.  Buck was very active in helping others and supporting his friends at the AA fellowship in McKinney, Texas.  He was an all-around wonderful man!  Beloved husband, Dad, Papa and friend to so many, he will be missed dearly and forever in our hearts!

He was preceded in death by his wife, Iva Bowers; parents, William and Opal Bowers; granddaughter, Amanda Beachum, and great-grandson, Dallas McAdams.

A funeral service will be held at 2:00 p.m., Saturday, March 30, 2019 at Turrentine-Jackson-Morrow Funeral Home Chapel, 2525 Central Expressway North, Allen, Texas.  Interment will follow at Ridgeview Memorial Park in Allen, Texas.  The family will receive friends during a visitation on Friday evening from 7:00 p.m. until 9:00 p.m. at the funeral home.