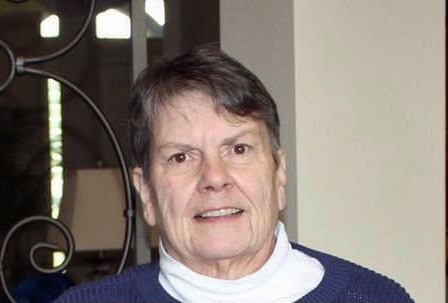 Scotti McNulty was born in Fort Smith (Camp Chaffee), Arkansas, on September 23, 1949, to Major James K. and Doris S. McNulty.  She was an Army brat and lived many different places, following her father from post to post –Arkansas, Ohio, California, New Jersey, Texas and Okinawa, Japan and Orleans, France.  As she traveled back and forth across the country, she organized and taught her two sisters, Ryan and Chrys, how to play any game that was around at the time.  Chrys had to learn arithmetic at a very young age in order play canasta with Scotti and Ryan.

Scotti finished her childhood in Killeen (Fort Hood), Texas, attending Nolan Junior High and Killeen High School, graduating in 1967.  She formed friendships during this time that have lasted to this day.  She graduated from Texas State University in San Marcos with a bachelor’s degree in English and Business. She then went on to earn an MBA from the University of Dallas.

After graduating from college, she began her life of taking care and protecting others.  Her forty-year career in emergency services began in Minot, North Dakota, where she was issued Artic gear and plugged her car in at night. She went on to live in Germany, Corpus Christi, Missouri, Fort Worth and the District of Columbia, but her home addresses do not even begin to tell her story.  Her work included service to the military and at natural disasters, hurricanes, floods, and earthquakes at many different locations in the continental United States.   After thirty years with the American Red Cross, she moved to the Federal Emergency Management Agency (FEMA), continuing her work in disaster services.   She retired in 2010 from her FEMA post in Denton, Texas.

There are many stories from her professional life.  She was a consummate professional learning emergency management skills as she worked her way up the corporate ladder. She helped and protected thousands and thousands of disaster victims and was also a mentor and leader.  Following are a few of the comments made by her co-workers since her passing:

…Straight shooter, always told it like it was and could sway others easily to consider and accept her opinion and suggestions…

…neither afraid of hard work nor afraid to just call it like it was.  I can hear her saying, “Oh, give me a break” …

…touched so many lives and was a mentor to so many.,,

…a person of commonsense among the chaos…

…she lives on through you and me and many others who knew her.  We all made each other better, and Scotti was a master at it.

On a family level, we never went anywhere without checking for trash in trees (flooding possibility) or assessing the possibility of a hurricane.  She was exceptionally outspoken on the topic of barrier islands, where we spent many wonderful family vacations.  Family gatherings were occasionally interrupted by Scotti needing to leave immediately, but that was the price of having her for a sister/aunt.  She was always there to provide love, advice, counseling, and backup, if needed.  She was greatly loved and will be missed enormously.

Scotti died unexpectedly on Saturday, April 10, 2021.  She battled health challenges for several years but passed peacefully at home just as she would have wanted.

Due to Covid-19, we are having a private family gathering.  We ask each of you who knew Scotti and loved her to remember and to celebrate her life.