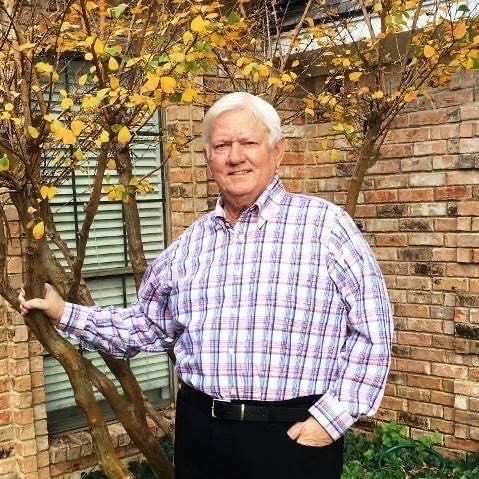 Richard Ernest Lee of Plano, Texas passed away January 10, 2022 at the age of 73.  He was born on January 4, 1949 to Robert Edward Lee and Jane  (Riley) Lee in Dallas, Texas.  Richard was an athlete at Kimball High School who played football and baseball.  He was married to the late Susan (Hardy) Lee on September 4, 1982 in Richardson, Texas and they enjoyed 30 years of marriage before her passing in 2013.  Richard had a never-ending love for his late wife.  He worked in custom home sales for many years.  Richard enjoyed the outdoors and was an avid water skier.  When he wasn’t working, Richard loved being out on Cedar Creek Lake, out on the boat with his family more than anything.   In accordance with the standard Lee tradition, he was a diehard Dallas Cowboy fan. Richard was always quick to crack a joke or do an impromptu magic trick. In his later days, he most cared about bringing joy to his children, grandchildren, nieces, and nephews.  No matter what, if there was music playing, you could see him dancing away. Richard was never more proud than to see his children grow into the adults they are today, and be the Grandfather he always wanted to be.   He was a loving husband, father, grandfather, brother, and friend.  Richard will be missed dearly by those who knew and loved him.

He was preceded in death by his wife, Susan Lee and parents, Robert and Jane Lee.

A funeral service will be held at 10:00 a.m., Monday, January 17, 2022 at Turrentine-Jackson-Morrow Funeral Home Chapel, 2525 Central Expressway North, Allen, Texas 75013. The service will also be live streamed at TJMfuneral.com on Richard’s obituary page by clicking on the following link: https://celebrationoflife.tv/blog/richard-ernest-lee.  After the service, the recorded live stream will be available for viewing at the same link location.  Following the service, a procession will make its way to Ridgeview Memorial Park for a committal service.