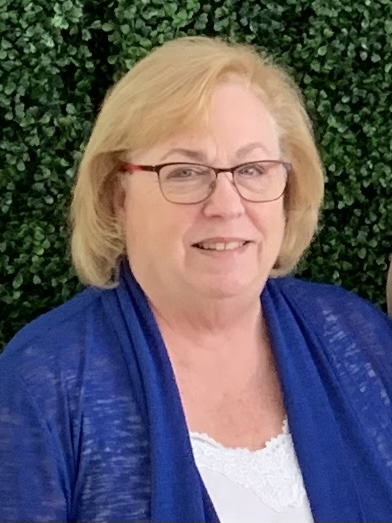 Her family moved to Chicago, Milwaukee, and then settled in the San Francisco Bay Area where she attended Notre Dame Catholic Girls School. They then moved to Dallas & graduated from Justin F. Kimball High School. Patricia earned her bachelor’s & master’s degrees in Education from North Texas State University (now University of North Texas) where she was a Charter Member of Delta Zeta.

She married the love of her life, Steven Clay Haworth, in Dallas on June 3, 1972. Patricia was dearly loved & will be greatly missed by all those who knew her.

Pat taught Secondary English in Dallas, Temple, Carrollton, and Gregory-Portland, Texas before staying home to raise her two children. She was always volunteering to help with her children’s activities, from coaching softball & helping with Girl Scouts & Cub Scouts to her various roles with the Moss Haven Elementary & Forest Meadow Junior High PTAs.

Pat returned to teaching in the late 90’s as a Supervisor of Student Teachers at the University of Texas at Dallas. She was always interested in politics & went back to the classroom to teach government & history in Richardson.  She ended her career teaching Government at Rowlett High School.

Pat was excited to become a docent at the George W. Bush Presidential Library at SMU & to help open the Library in 2013. She was the longest serving docent with the most hours at the Bush Library.

She loved to read, spend time with her family, the occasional casino trip, and help plan events with her various church & neighborhood social groups.

She is preceded in death by her parents & her infant sons, Robert & David Haworth.

In lieu of flowers, donations in Pat's honor may be made to The Fisher House Foundation. Information regarding the Foundation & its programs & services benefitting military families may be viewed on the internet at its website https://fisherhouse.org/.