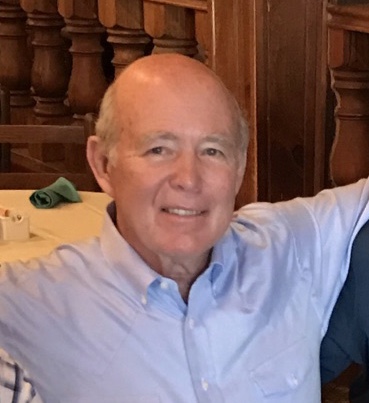 Sometimes there is a special person that fulfills and facilitates many important decisions, dreams, and goals in your life.  Mike was that person to his family and friends both near and far.  A kind and loving man who focused on the positive and always brought out the best in those around him.

Michael W. Reeves, wonderful husband, father, grandfather and friend, of Prosper, Texas passed away with his family by his side on January 24, 2021 at the age of 74. He was born on January 19, 1947 to LeRoy W. Reeves and Charlene (Baird) Reeves in Canyon, Texas. Mike grew up in Childress, Texas where he graduated from Childress High School in 1965. He earned a football scholarship to the University of Texas in Austin, where he graduated with a Bachelor of Business Administration. He was a loyal Longhorn and a proud member of the SAE Fraternity. Mike and his wife, Janie, were married August 31, 1968 in Childress, Texas before their senior year of college.

Mike started his long career with New York Life Insurance Company (NYLIC) in 1971 as an agent in Austin, Texas. In 1975, he was promoted to managing partner and moved his family to Dallas, Texas, where he spent the next 10 years building the largest insurance agency in Dallas – one of the largest in the entire state of Texas.  After a number of New York Life managers passed through what became known as the “Reeves system,” Mike was named Senior Vice President of the West Central Zone, which he grew to more than 30 General Offices across 15 states.  Mike’s NYLIC career spanned almost 40 years until his retirement at the end of 2005.  He loved New York Life and his NYLIC family.

Mike lived an incredible lifetime of faith, family, and friends, and was a member of Prestonwood Baptist Church in Prosper, Texas. He served on the boards of the Fellowship of Christian Athletes, ManeGait Therapeutic Horsemanship, and the Prosper ISD School Board. Mike enjoyed hunting, fishing, and loved playing golf with his friends.

He was preceded in death by his parents, LeRoy and Charlene Reeves.

In lieu of flowers, the family requests that all memorials be made in Mike's name to:

Donations can be made online at www.manegait.org or by mail using the following address: