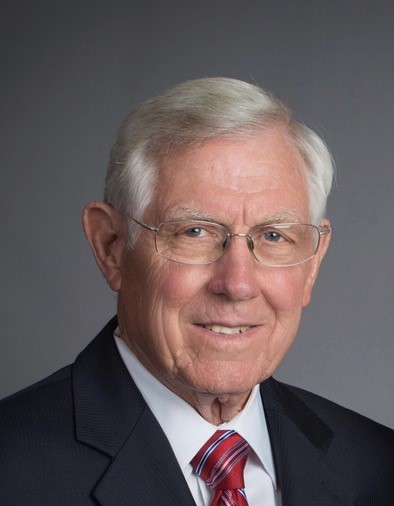 On July 16, 1932, Viola and Lon Duncan welcomed their first child, Loney Jr., into the world. Raised in Coffeyville, Kansas, Loney grew to be an inquisitive child, known for taking everything apart to see how it worked. Around the age of twelve Loney and his mother attended one of the then popular tent evangelistic meetings and embraced the truths of Adventism. Viola’s desire to give Loney the blessing of Christian education led him to attend high school at Enterprise Academy, followed by higher education at Union College for pre-engineering. Loney completed his degree in Electrical Engineering at Kansas University since none of the Adventist colleges offered this degree at that time. His university experience was interrupted by the draft, missing the Korean war by a few months, landing him instead in France.

His first Sabbath in a strange country found him hitch hiking to the nearest SDA Church where providentially he met a petite French woman on the day of her baptism. “Coincidentally,” Jeannine Sarlandie spoke fluent English and took pity on the American Gi who spoke not a word of French. There after Loney would frequently hitch hike the 130 miles to Jeannine’s hometown of La Rochelle to win her heart resulting in an engagement by the end of his deployment. Jeannine joined him in the United States soon after on a student visa and the two were married on February 17, 1957.

Loney began a long and successful career in Engineering with Collins Radio in Cedar Rapids, Iowa where his three daughters were born. Eventually, work brought the Duncan family to Dallas, Texas where Loney advanced to Vice President of Advanced Technology at Rockwell International. Work often took him away on business, but he always made it back by Friday night to spend Sabbath with his family and serve his church as a long time Sabbath School teacher; something in which he took joy and pride until seven months ago.

Loney spent many enjoyable hours participating in his ham radio club. His passion for communication and the gospel truth led him to involvement with Adventist World Radio. The last twenty years brought him deep satisfaction as he shared both his vast technical knowledge as well as financial support for this unique method of spreading the love of Jesus and His soon return to isolated portions of a world in desperate need.  Another of Loney’s passions was Christian Education and he helped support not only his children and grandchildren along their educational path but was also assisted other young people achieve their dreams of Adventist education.  Not only did he spend countless hours volunteering in each church he was a part of, Loney also gave back to his community by serving as one of Fairview’s first Volunteer Firemen and lending his technical expertise at the local Heard Museum for various projects, earning him Volunteer of the Year in 2004.

Loney took pride in the fact that he was able to help build the home that he and Jeannine lived in for over forty years and the beautiful grounds that they tended together during his retirement years. He loved to putter on his land, often attempting feats better left to younger men and resulting in many a scare for Jeannine.

His deep desire to remain in this home until the end was honored by Jeannine and his daughters. Diagnosed on November 2nd, with metastatic pancreatic cancer, Loney fought the good fight and died peacefully in his sleep on the morning of June 5th.  His family looks forward to another morning when they will be joyfully reunited together with the Lord.

The service can be viewed at the following link: https://www.facebook.com/mosaicsda/videos/in-memory-of-loney-duncan/1504219023326887/