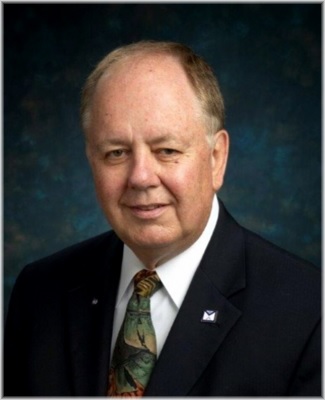 Johnny Henry Davis, Jr., beloved husband, father, grandfather, and great-grandfather, passed away June 5, 2013 after a short bout with cancer. Johnny was born January 21, 1942, in Auburn, Alabama, to Johnny Henry and Ruth Maurine (Black) Davis, Sr. His family moved to Texas in the 1950’s. Johnny became a “Fighting Texas Aggie” graduating with his B.S. degree in Electrical Engineering. He and his wife moved to Richardson, Texas in 1966.

While in college, he worked as a camera man for Channel 3, KBTX, in Bryan-College Station. After graduation, his first job was at Collins Radio. His career transitioned from designing microelectronic circuits to being a part of the management team for two voice mail companies. Johnny developed their international distribution networks and made many good friends during his international travels.

Johnny’s hobbies included ham radio. He was first licensed at age 13 and held the call K5LZA. Later, he changed that call to K5JD. Johnny’s skill with Morse code was unparalleled. While attending Radio School in the Army National Guard, Johnny was asked to serve as the assistant instructor his first day in the class since he already excelled in the class curriculum. Johnny also enjoyed traveling with his wife, like working at his computer and visiting with his children, grandchildren, and great-grandchild.

Johnny was a member of several different organizations. He served on the Dallas Summer Musicals Guild Board, held many offices in the Dallas Amateur Radio Club, was in REACT, and on the Dallas County RACES Council. He was also an active member of Masonic Lodge Dallas No. 760 as well as several other Masonic organizations. Johnny served many years as the Dallas County RACES Officer. He relayed Weather Spotter reports from the amateur radio nets to various media outlets for reports to the public.

Funeral services will be held at 2:00 p.m., Saturday, June 8, 2013, at Turrentine-Jackson-Morrow Chapel in Allen, Texas with Rev. Johnnie R. Jones officiating. Interment will follow at Ridgeview Memorial Park. The family will receive friends during a visitation from 7:00 – 9:00 p.m., Friday evening at the funeral home.