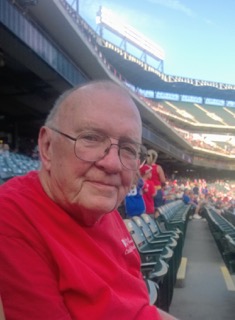 John Nickolia Ford of Plano, Texas passed away on February 28, 2019 at the age of 85. John was born on September 13, 1933 to Joseph and Goldie (Hagen) Ford in Webster City, Iowa. On March 26, 1976, John married Adele Gagne in Sioux Falls, South Dakota. John proudly served his country in the United States Army during the Korean Conflict. John earned a Bachelor’s degree in business administration from Drake University in Des Moines, Iowa and became a CPA. John and his accounting partner Bill created Ford and Goodman CPA firm. John and Adele were members of First United Methodist Church in Plano, Texas.

He was preceded in death by his parents, Joseph and Goldie Ford.

The celebration of life for John will be held at 4:00 p.m., Tuesday, March 5, 2019 at First United Methodist Church, 3160 E. Spring Creek Parkway, Plano, Texas 75074. A reception will follow at the church. The family has asked that donations be made to St. Jude Children’s Hospital in John’s memory. Please go to stjude.org/donate to make your donations.