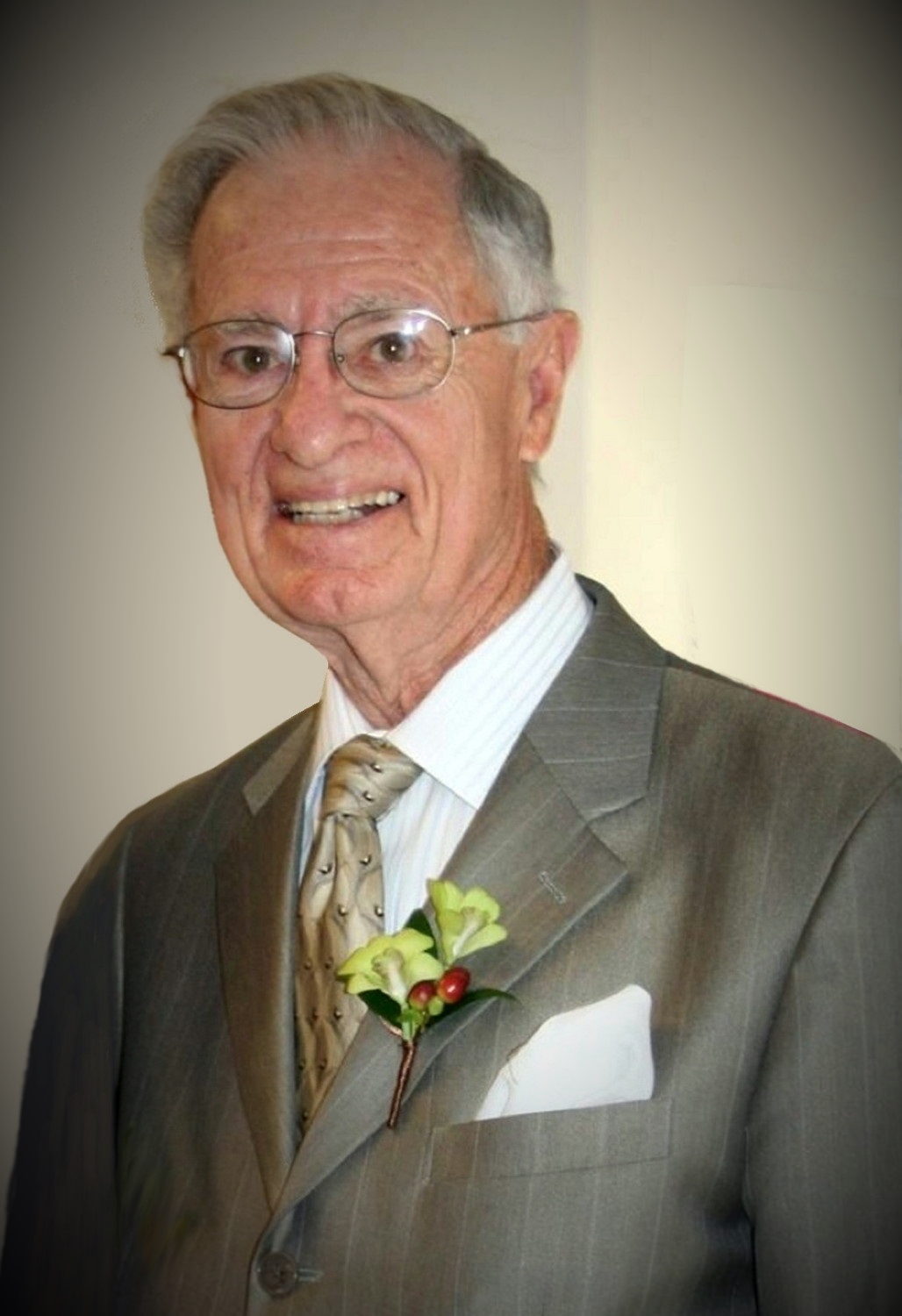 James Leon Jacoby, Sr., 94, formerly of Allen, Texas passed away Friday, October 11, 2019 in Frisco, Texas. Jim, as he was known, was born July 22, 1925 to Lois Arnold Jacoby and Walter William Jacoby in Ponca City, Oklahoma. He was raised there and graduated from Ponca City High School in 1943. Upon graduation, he enlisted in the Army Air Corp. briefly while stationed at College Station, Texas.   He attended one semester at Texas A&M during his two years of service. After enlistment, he attended Oklahoma A&M (now Oklahoma State University) with a degree in business. He was also a member of Sigma Nu fraternity. Jim met his future wife, Julia Church, on a blind date while at Oklahoma A&M. After graduation in 1949, Jim went to work for Kraft Foods in Springfield, Missouri. Tulsa was his next home followed by employment with Phillips Petroleum Company, which took him to Bartlesville, Oklahoma, Dallas, Texas, Memphis, Tennessee and Houston, Texas. During that time, they had eight children. Jim was very active with the Society of Plastics Engineers (SPE) serving in numerous positions and receiving notable awards. His last transfer to Houston was with Phillips. After the big Phillips layoff, he found employment with Bamburgers Packaging. His last employment was with Palmer Pak before retiring. In 2003 he moved to Allen, Texas.

Jim was heavily involved with his church in Houston as well as Allen, Texas where he served as Eucharistic Minister, Usher and member of the Knights of Columbus. His Catholic faith and his family were his top priority believing God first and family second. Rarely thinking of himself, Jim loved others and always greeted everyone he saw, as he never knew a stranger. His legacy is his family as they carry on his values.

The family suggests memorial donations be made to The Bright Focus Foundation at www.support.brightfocus.org.