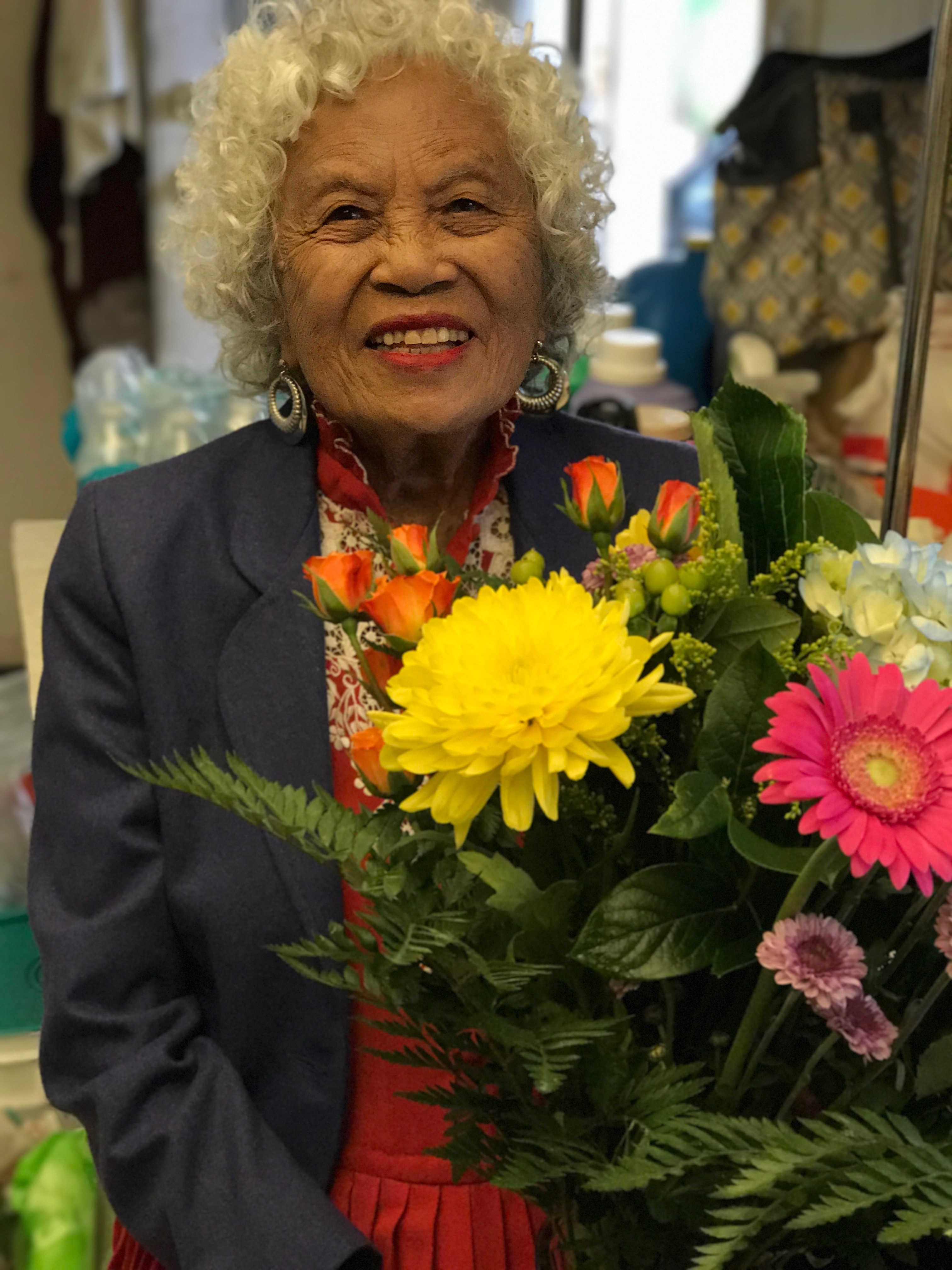 Felisa Mendez Cabeza Agapinan Abad, 92, passed away at the home of her granddaughter, Nichole Earls, in McKinney, Texas on June 13, 2020. She was born on August 24, 1927 in Fula, in the municipality of Buguey, in the province of Cagayan, on the island of Luzon in the Philippine Islands to Jacinto Labio Cabeza and Marciana Mendez Cabeza.

Felisa, also affectionately known as “Nanee” among her close family and friends, grew up in Fula where she attended school and tended her grandfather’s rice fields when she could. It was this time with her grandfather, Eufemio, that began her lifelong love of music and singing. She would often sing with her grandfather during special occasions or to help pass the time while helping him in the fields. Felisa’s childhood and education were abruptly halted with the outbreak of WWII, and her life turned to survival during the Japanese occupation.

At the close of the war, her father returned home, meeting his daughter for the first time. Her father, Jacinto, left the Philippines for the United States several months before her birth. He returned as a soldier in the U.S. Army; his service would allow for a different life for Felisa.

In 1947, she left the Philippines as an unchaperoned teen. She left her mother behind and bravely crossed the Pacific Ocean from Manila, onboard the USAT General Blatchford, to reunite with her father and uncle Rosario in the United States. Jacinto welcomed her with open arms and took her to live with him in Pasadena, California. She fibbed her age by one year in order to enroll in high school to finish her interrupted education. Felisa graduated from St. Andrews Catholic School in Pasadena, CA in 1950. As in many aspects of her life, she left a lasting impression on the school by writing their alma mater. She also made lifelong friends, teaching many of the girls home economics and sewing their dresses for special occasions.

Felisa married Antonio “Tony” Ponce Agapinan on June 28, 1951 in Pasadena, California. They were happily married for 10 years until Tony’s death in 1961. As a widow with 6 children, Felisa began a varied working career which spanned decades. She was a determined, self-sacrificing, hard worker, laboring in a series of jobs as a hospital aide, a factory machine operator, and a real estate agent, sometimes working double shifts, all to support her family. As an entrepreneur, she engaged in varied ventures on the side selling vitamins, cemetery plots, and jewelry. She didn’t always make money on those enterprises but it expanded the breadth of her life experiences.

Felisa married Policarpio Estrada Abad on July 27, 1964 in Las Vegas, Nevada. Together they had one child, Clyde, who was born in 1965 bringing the total number of her children to 7. Felisa and Policarpio were happily married for 37 years until Policarpio’s death in 2001.

She was our graceful family matriarch who, over the decades, presided proudly, kindly and lovingly over 7 children (6 sons and one daughter), 20 grandchildren, and 17 great-grandchildren. This family is her legacy.

Her greatest strength was her compassionate caregiving and unswerving family support. Over the years, she cared for her mother, great-uncle, uncle, and husband as they aged or became ill with cancer, Parkinson’s, or Alzheimer’s. She cared for her grandchildren so her children’s family could work and establish their own families and careers, free from struggle. She attended graduations, birthday parties, marriages, anniversaries, and other significant celebrations. For many years, she faithfully mailed out birthday cards, knew the birthdates of all of her grandkids, sang her Doris Day songs, dressed up, and danced with joy until advancing age, the disease of dementia, and Alzheimer’s finally took its toll.

There was strength in this free-spirit who believed that opportunities were there for the taking. She encouraged and inspired her children to seek a meaningful life, to become educated, to help others, and live life fully and joyfully. Family was her whole world, and she gave them all that she had. She is now our shining star that happily sparkles above us in the darkest night.

Felisa is survived by her sister, Delia Harris of Foothill Ranch, California, 6 children, 20 grandchildren, 17 great-grandchildren and a number of other loving relatives and close friends.

Felisa was preceded in death by her parents Jacinto and Marciana; her two husbands, Tony and Policarpio; her brother, Benjamin; and her eldest son, Anthony.

Due to the current pandemic health restrictions, a condensed burial service will take place at Forest Lawn - Cypress on Monday, June 29 from 9:30 - 10:30 am. A mass will follow at St. Angela Merici Catholic Church in Brea, California on June 29 at 11:30 am; reception to follow. Guests are reminded to follow the facility guidelines with regard to face coverings and social distancing.

Condolences may be left on Felisa’s online guest book at   https://www.turrentinejacksonmorrow.com/obituaries

A Celebration of Life will be scheduled for a future date so the larger group of extended family and friends may attend.

Her granddaughter, Nichole Earls, and her family lovingly cared for her in the last 7 months of her life. The family gives her and everyone else who cared for Felisa their greatest and warmest gratitude. A special thanks is extended to the staff at Amity Hospice who provided unparalleled care and support to Felisa and her family throughout her residence in McKinney, Texas. As well, recognition goes to Premium Hospice in Norwalk, California for their initial care and support while Felisa resided in Brea, California until her move to McKinney, Texas.