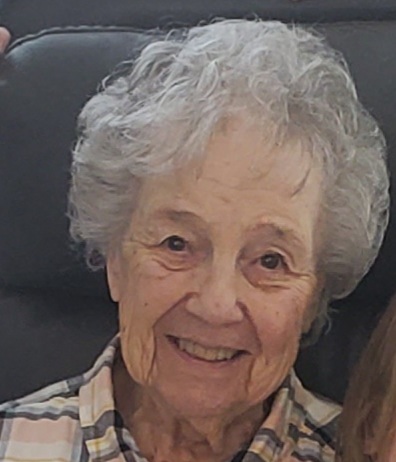 Estelle Frances Ricketts of McKinney, Texas passed away on November 24, 2021 at the age of 91. She was born on January 30, 1930 to James and Jessie (Scott) Pisa in Camden, New Jersey.  Estelle married Steve Ricketts on November 25, 1954 in Camden, New Jersey.  She worked at Cheney University in Pennsylvania for many years.  She was involved in their Head Start, Veteran Affairs and Career Alternative Programs.  The University proclaimed April 23rd, 1982 in her honor for her dedicated service.  Estelle was a member of St. Gabriel The Archangel Catholic Church in McKinney.

She enjoyed traveling and has been in every state. Estelle lived with her husband Steve and children in Alaska for 4 years and was there when the 9.2 magnitude earthquake hit in 1964. Estelle, Steve, the kids and their poodle Frenchie drove the Alaskan Canadian highway from Delta Junction Alaska down to New York. She especially enjoyed her trip to Germany which was a weeklong vacation she turned into two.

Estelle had a wide range of hobbies throughout her life that ranged from playing racquet ball, ceramics to embordering. What she cherished the most was the time she got to spend with her grandchildren and great grandchildren. And, we can’t forget her cat Doodle.

Estelle was preceded in death by her parents and brother, James Pisa.

Memorial services are not yet determined. She will be taken back to Pennsylvania to be laid to rest next to her beloved husband Steve.