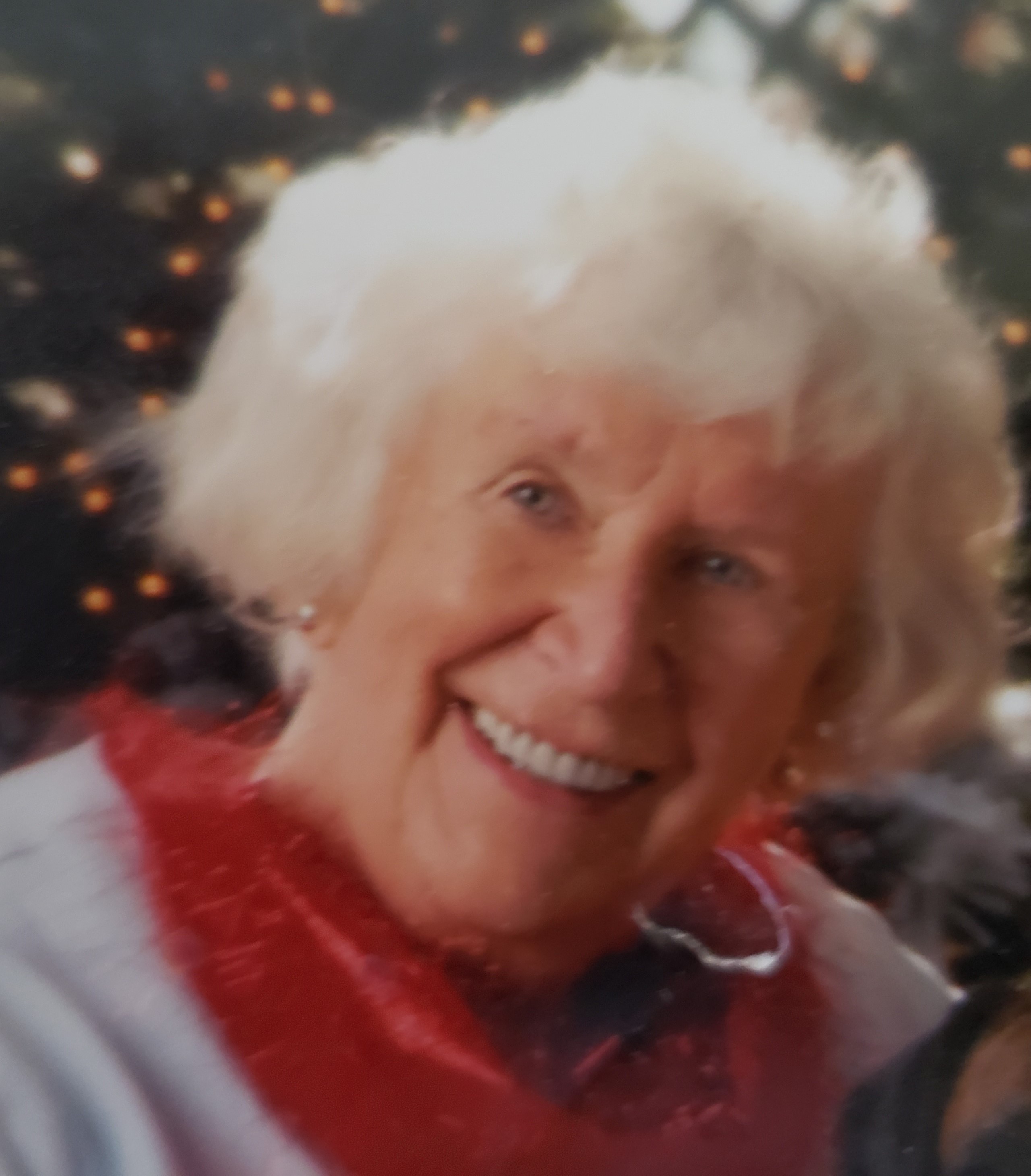 Bozena M. Cloutier of McKinney, Texas died on April 14, 2020 of complications from myelofibrosis.  She was 87 years old at her death and leaves behind a large, loving family and many dear friends.

Bozena was born to Vincent and Irene Lacki in Torun, Poland on January 3, 1933.  Her idyllic childhood was irrevocably altered on September 1, 1939 when Nazi Germany invaded.  With a Nazi price on his head, her father loaded his wife, four children and such valuables as they could carry into his car and began a journey to safety that took them south across Poland, to Romania, Greece, Palestine and Egypt.  Bozena’s beloved youngest brother, Christopher, was born in Palestine.  A few months later, her father boarded an airplane in Egypt to take him to join the Free Polish Government in London.  Irene was left with her five children to travel by various ships around Africa to get to London, a trip that left Bozena with many poignant stories about the kindness of strangers and the fundamental decency of most of humankind.  After many months and a few close calls, the family arrived in England and joyfully reunited.

Bozena’s family was not welcome back in Poland after the Communist Poles took over in 1945, so Vincent settled the family on a farm near Woodchurch in County Kent.  Most of her extended family in Poland was largely gone having perished in various brutal ways at the hands of the Nazis and Soviets.  Not ready to settle in England, after completing university Bozena took jobs all over the world.  She finally decided that she had to go to Germany to meet the people who had caused so much disruption and pain in her family’s life (characteristically, she no longer carried a grudge after living among Germans).  She took a job as reporter for Radio Free Europe in 1959 and was based in Berlin where she also did courier work for Western intelligence agencies.  In the choir of the English-speaking Catholic Church in Berlin, she met the love of her life--a dashing American army officer named Harold Cloutier.

Bozena and Harold married and joyfully welcomed four children into the world.  Their family moved about the country and world from one adventure to the next.   Harold retired from the Army in 1978 and they settled in Duncanville, Texas.  After an itinerant life, Bozena called the Dallas area home for the rest of her life.

With her children growing and going, Bozena entered the University of Dallas where she earned a master’s degree in pastoral studies.  She embarked on a career of hospital chaplaincy and, after recovering from the death of her husband in 1995, counselling those experiencing grief.  She was a woman of great faith and was devoted to her Catholic Church (though she was not shy about her disagreements with its magisterium, most especially that women should be eligible for the priesthood).  Until a few weeks before her death, she remained active in ministries her community at St. Gabriel’s Catholic Church in McKinney.   Bozena loved to travel and was able to visit Poland a few times after the fall of the Iron Curtain.

Bozena was an immensely caring and compassionate person.  Emulating the kind people that she encountered during the War, she always looked for ways to help others.  She loved to tell her captivating stories of being a refugee child to students, Church groups, and immigrants being naturalized.  However, what most people remember about Bozena is her ability to listen intently with empathy to a person’s problems and offer both words of immense comfort and acts of service.

Bozena was adored by every dog that she encountered in no small part because she gave great belly rubs, spoke to them lovingly, and regularly slipped them food under the table.  Her first dogs were long-haired dachshunds in Poland, but in recent decades her and her entire family loved and rescued boxers.

Bozena’s soul is rejoicing that she can enjoy the company of many loved ones in Heaven including her husband Harold; her parents; her brother Andrew; her sisters Yolanta and Yvonne; her childhood nanny; and her great friend and companion, Bernard (Tut) Bartzen.

Bozena is survived by an extended, loving family including:  her brother Chris and wife Lynda of Woodchurch, England; her daughter Marie Cloutier of Austin; her son Chris and his wife Lisa Engebretson of St. Paul, Minnesota; her son Patrick and his wife Vonda of McKinney, Texas; son Andrew and his wife Carrie-Leigh of Roswell, New Mexico; her eight treasured grandchildren Joseph Cloutier, Caroline Glazier (and husband, Michael), Samuel Cloutier, Madeleine Underwood (and husband Tyler), Benjamin Cloutier, Calvin Cloutier, Meredith Cloutier, and Simon Cloutier; her adored great-granddaughter, Eleanor Glazier; much loved nieces and nephews in England and the U.S.; and her last rescued dog, Shrimpy.  Each sorely misses her loving, gentle presence and her frequent words of endearment, usually expressed in Polish.  Bozena also leaves behind many great friends all over the world.  She was an active correspondent and stayed in touch with friends made in every place she ever lived.

On October 12, 2020 at 7 p.m., the Rosary will be said in memory of Bozena at St. Gabriel the Archangel Catholic Community in McKinney, Texas.  A Mass of the Resurrection will be celebrated at 11 a.m. on October 13, 2020 at St. Gabriel followed by a party in Bozena’s honor.  Private interment will be on October 14, 2020.  Details and directions can be found at www.stgabriel.org.   In lieu of flowers, Bozena’s children request donations in her memory and suggest that those interested consider gifts to some of the organizations that brought her joy and meaning:  Austin Boxer Rescue (www.austinboxerrescue.com),  Catholic Relief Services (www.crs.org), the School Sisters of Notre Dame (www.ssnd.org), or the courthouse dog project of the Chaves County CASA Program (www.casakids.org).